tests septembre 2021:
Thomas Demory Individual Report-3
I started to play baseball when I was 6, at the « Dragons du Val d’Europe » team.
With this team, I’ve been a France champion one time and then, I joined the « Templiers de Sénart » club for my under 15 years with which I ended vice-champion in 2018. I also won in this team the Best Hitter Award of the tournament.
Thereafter, I joined the PUC team (Paris University Club) until today.

In 2018, I took part in the Novara, Italy Senior League and in the Pony League with the Bordeaux Academy.

The next year, I participated to the Palomino League in Stuttgart, Germany, and I was guested to the All Star Camp in Regensburg, Germany.

About my education, I entered the « Pôle Espoir » in Bordeaux, France from 2017 to 2019 and I currently am in my second year of « Pôle France » in Toulouse.

My goals are the followings :

⁃ to win the French championship with my club ;
⁃ To enter as much national teams as possible and win every national and international championships ;
⁃ To get a scholarship in order to continue my scholar and athletic development in the United States after my A-level ;
⁃ To continue to make progress every day 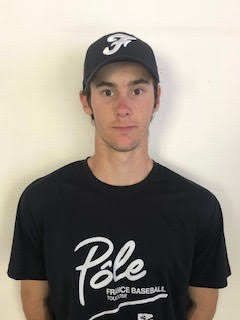 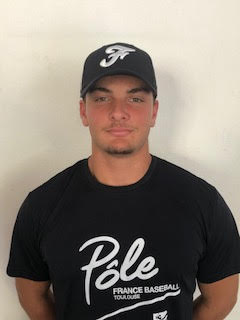